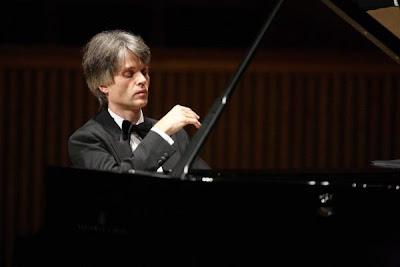 RELAX DURING YOUR LUNCH HOUR WITH LIVE MUSIC
Light lunch to go prepared by ANGELA'S BISTRO
available for $6.
Please place your order before the concert by 12:10 pm;
your order will be delivered by 12:40 pm.
LOCATION:
The Sanctuary at FIRST BAPTIST CHURCH OF GLENDALE
209 N. Louise St. (at Wilson)
Glendale CA 91206
818 242 2113
Map & venue info http://www.fbcglendale.net/
More info email teena.frazier@fbcglendale.net

MARKUS PAWLIK is best characterized as one of the rare pianists of today who manage to combine sensitivity and expressiveness together with a phenomenal virtuoso technique. Born in Bremen in 1966, his talent was recognized at a very early age as he began performing publicly at 7 and was the three-time winner of both the German National Young Musician's Competition and the Hamburg Steinway Competition. His development as a musician was influenced both by the German tradition through his studies with Karl-Heinz Kaemmerling at the Musikhochschule Hannover, and by the Russian school through his studies with Naum Grubert in Amsterdam, resulting in his facility to choose from a wide palette of different expressive styles while interpreting music from various genres. In 1982, sent as the German representative to the first European Broadcast Union’s televised “Eurovision Young Musician” competition, Pawlik won the grand prize, which brought him much acclaim and began his international career. He has since given performances in international halls in countries such as Germany, United Kingdom, the Netherlands, France, Italy, Greece, Canada, Poland and in Asia. In the United States, he has performed on the podium and in radio broadcast in locations including New York, Philadelphia, Boston, Chicago, Cleveland, Princeton, Phoenix and Tucson. Pawlik's recent concerts include performances at the Karuizawa Arts Festival in Japan, the Braunschweig Classics festival, in the Meistersinger hall in Nuremberg and in recitals in Boston, Toronto, Athens, and Berlin. As well as continuing to perform with an emphasis on the classical and romantic piano repertoire, he is exploring the area of contemporary music. In 2003 he debuted a concerto written for him by Japanese composer Ichiro Nodaira in Berkeley under the direction of Kent Nagano, and in 2006 performed the Japanese premiere at Suntory Hall in Tokyo. Pawlik has been featured numerous times on radio and television including the farewell gala of former German president Carl Carstens. His recordings of the piano concerto by Moritz Moszkowski with the Polish National Radio Orchestra and two CDs with solo pieces by Max Reger and Ernst von Dohnanyi have been released under the Naxos label.

IV Bouncy
Four Snapshots was composed in 2003 as a commission from the Renee B. Fisher Piano Competition for the “Senior” (ie, high school) level of the competition. The competing pianists were all required to perform the new work as part of the competition, so I decided to compose a work that would offer the pianists a variety of pianistic and musical challenges. The first movement, marked “Resonant”, is an atmospheric work that requires a keen sense of color and sonority. The second movement, “Funky”, explores a jazzy feel and some unusual pianistic techniques: clusters (some played with the palm of the hand), glissandi (some played with the forearm), etc.

Four Snapshots also continues a larger set of “Snapshots” that began in 2000 with a set called Nine Snapshots and includes Snapshots 2005. The idea of the Snapshots was to create short character pieces that explore a single musical idea, in part as a sort of musical laboratory, allowing me to explore different ideas, some of which have found their way into more extended works. Unable to resist the pun, the Snapshots play with the idea of “Black & White” movements, which explore different ways of pitting the white and black keys of the piano against each other, and “Monochrome” movements that explore only a single color. 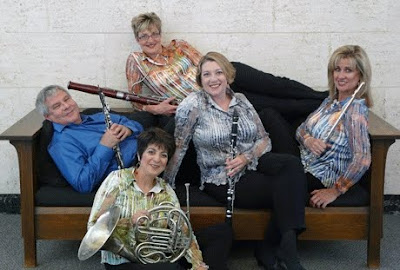 UPCOMING CONCERTS in the same series:
(every FIRST & THIRD WEDNESDAY at 12:10-12:40 pm;
programs subject to change)
http://www.glendalenoonconcerts.blogspot.com
Posted by Jacqueline Suzuki at 12:41 AM 0 comments