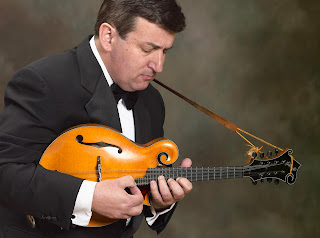 (Please scroll down for artist bio)

All arrangements for Mandolin Solo by Evan J. Marshall

Evan J. Marshall is an internationally renowned mandolin virtuoso, and is widely regarded as the world’s premier solo performer on mandolin in DuoStyle. By himself, he sounds like several of the world’s finest mandolinists performing together. Country guitar legend Chet Atkins called Evan “A true virtuoso, one of the few great musicians of our time.” He started Classical violin studies at age seven, and added the mandolin at age 14.
In addition to solo performances, Evan has been a Featured Guest Artist in Pops concerts with a number of Symphony Orchestras, including Houston, Phoenix, Long Beach, Grand Rapids, Fort Worth, San Antonio, Jacksonville, and Pensacola. In 1995 Rounder Records released Evan Marshall Is the Lone Arranger, which the Washington Post labeled "Truly dazzling," the Raleigh-Durham Independent called "Superhuman," and the Fresno Bee called "Mindboggling.” Evan also has recorded five solo CDs for his own label, Mandolin Conservatory.
Evan has performed and taught at numerous regional and international conferences for mandolinists, who hold him in particularly high regard; Don Stiernberg has referred to Evan as “The Michael Jordan of the mandolin.”
Artist website: