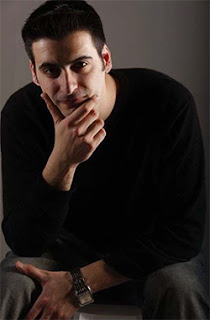 Harout Senekeremian began playing the piano at the age of 4 with the encouragement of his father. His first teacher was Vatche Mankerian, who studied at the University of Southern California. Harout started actively building and solidifying his technique under Mr. Mankerian’s supervision. At age nine, Senekeremian began studying under the tutelage of Dr. Louise Lepley at the prestigious Colburn School of Performing Arts. There he played in many master classes with pianists Yefim Bronfman, Robert Levin & Earl Wild, among others. In 1997, Senekeremian performed Mendelossohn’s Piano Concerto No. 2 with the Glendale Symphony. He also actively collaborated in chamber music groups including a live performance of Brahms’ C Minor Quartet on 91.5 KUSC. Upon high school graduation,
Harout entered the Oberlin Conservatory of Music, studying piano with Alvin Chow. In his freshman year at Oberlin he had played all of Liszt’s Transcendental Etudes and his sophomore year he held a two-night concert performing all ten Scriabin Sonatas. At Oberlin, Senekeremian performed Rachmaninoff’s Second Piano Concerto in C Minor, Op. 18 with the conservatory orchestra. Upon graduation, Harout began his masters under Arkady Aranov at the Manhattan School of Music.
Harout has taken a keen interest in non-traditional repertoire with a specialization in the solo piano music of French composer Charles-Valentin Alkan, playing in concert all of the composers major works. He is also an eager participant in the performance of new music. Senekeremian continues to concertize in both solo and chamber concerts in Southern California.