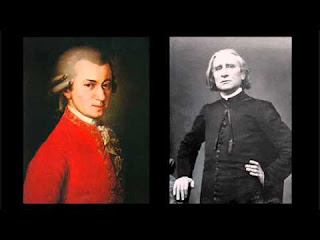 Duos by MOZART & LISZT During the Covid-19 "Safer at Home" period,
Glendale Noon Concerts will bring our programs
to you via streaming on Facebook Live and Youtube:
The OCTOBER 7, 2020 program can be viewed at this link
beginning at 12:10 pm PDT: