During the Covid-19 "Safer at Home" period,Glendale Noon Concerts will bring our programsto you via streaming on Facebook and Youtube:The MARCH 3, 2021 program can be viewed at this linkbeginning at 12:10 pm PDT. (VIDEO will be available ongoing)

Etudes for Oboe (based on Impressionist paintings)

Gilles Silvestrini (b. 1961) is a French oboist and composer who wrote a set of six etudes for oboe that each depict a well-known painting from the impressionist era. I will be playing the first and last, depicting Claude Monet’s Hôtel des Roches noires à Trouville (1870), and Edouard Manet’s Le ballet espagnol (1862). The word ‘etude' tends to refer to a technical study for an instrument, but these pieces are more virtuosic show-pieces.  -Gigi Brady
Sirota:
Similar to the Silvestrini, I have written these Cinematic Studies as both technical exercises for the viola, and as concert pieces which bring some of the idioms of music for film into the world of concert music. Each of the six studies features a different theme: #1, Minimal, uses a simple recurring rhythm pattern to propel a slowly evolving narrative; #2, flight, is all about the light, airborne quality of trills; #3, Swashbuckling!, is an adventure on the high seas; #4, Costume Drama, is a regency romance with all the frills; #5, Vistavision, features sweeping landscapes of sound; and, finally, #6, Training Montage, is music for the Rocky in all of us!
-Jonah Sirota
Lister:
This new work for oboe and viola was written for us by the Boston-based composer Rodney Lister. He based the five movements of the work on an Allen Ginsberg poem entitled A Supermarket in California, stanza I of which is excerpted below, and gave the piece its title. We love how Rodney uses the similarities and differences in the sounds of both instruments to create playful new textures.
"What thoughts I have of you tonight, Walt Whitman, for I walked down the sidestreets under the trees with a headache self-conscious looking at the full moon.         In my hungry fatigue, and shopping for images, I went into the neon fruit supermarket, dreaming of your enumerations!         What peaches and what penumbras! Whole families shopping at night! Aisles full of husbands! Wives in the avocados, babies in the tomatoes!—and you, Garcia Lorca, what were you doing down by the watermelons?”
We hope you enjoy our program of musical impressions on words, pictures, and movies!
-GIgi and Jonah

Composer and violist Jonah Sirota is a new breed of multi-talented musician. Equally at home writing concert music, performing as a soloist and chamber musician, scoring soundtracks for TV, film, and videogames, and collaborating in improv and new music ensembles, Jonah creates and recreates vivid music for a wide variety of audiences.  His debut solo recording STRONG SAD, a 2018 National Sawdust Tracks release, features premiere recordings of new elegies for the viola by Nico Muhly, Paola Prestini, Arthur Joseph McCaffrey, Valgeir Sigurðsson, Robert Sirota, Kurt Knecht, and Jonah himself. Recent compositions include Grounded, an orchestral work written for the Greenwood Music Camp Orchestra and premiered in the summer of 2018, and the viola sonata Flutter Fingers.
Jonah was the violist of the recently-disbanded Chiara String Quartet for all of its 18 years. With the Chiara Quartet, he toured internationally, recorded seven albums and played in numerous major venues worldwide. The Chiara Quartet performed much of the string quartet repertoire from memory ('By Heart"), including the complete string quartets of Béla Bartók, a recording of which was released in 2016 on Azica Records. The group was honored with a Grammy nomination (2011, Best Contemporary Classical Composition for Jefferson Friedman's 3rd String Quartet on the New Amsterdam label), the ASCAP/CMA Adventurous Programming Award, the Guarneri Quartet Award, top prizes at the Paolo Borciani Competition and the Astral Artistic Services Audition, and a Gold Medal at the Fischoff Competition. Their albums have been featured on N.P.R., and in "Best of the Year" lists from the Boston Globe, the New York Times, and the Wall Street Journal. In the 2015-2016 season, the group was in residence at the Metropolitan Museum in New York, a venue to which the group returned for their farewell New York concert in May of 2018. As a concert violist, Jonah performs with pianist Molly Morkoski, with organist Kurt Knecht as the improv duo Mondegreen, and as a member of the revived California String Quartet. He is sought after as an session player and regularly plays with major orchestras, including the Long Beach Symphony, where he is Assistant Principal Viola.
Jonah is also known as a pedagogue. He coaches chamber music at the Colburn School, teaches viola at Cal State University Fullerton, and gives viola and composition masterclasses and residencies across the country. His "practice self-audit" has been used by many viola students to facilitate the self-evolution their own improvement and creativity in the practice room, while his Practice Tune-Up for professional and adult amateur violists has given many the chance to reconnect with their own inner passion on the instrument. Mr. Sirota has taught at the Juilliard School, at Harvard University, and at the University of Nebraska-Lincoln Glenn Korff School of Music (where he helped build a world-class chamber music program), as well as at Greenwood Music Camp. http://www.jonahsirota.com/
Equally adept on the oboe and English horn, Regina Brady is a member of The Orchestra Now at Bard College. She recently completed the Master of Music degree at the Colburn Conservatory of Music, where she studied with Anne Marie Gabriele, and Ariana Ghez. She played both oboe and English horn with the Colburn and Oberlin orchestras. On the Colburn Chamber Music Society series, Ms. Brady had the opportunity to perform with Jean-Yves Thibaudet. Ms. Brady is a passionate advocate for new music, and has collaborated with Los Angeles based new music ensemble, wild Up.  As a member of the Oberlin Contemporary Music Ensemble, she was chosen to perform on a special concert series in collaboration with the Cleveland Museum of Art. Ms. Brady has been a fellow at the Kent/Blossom Music Festival, the Texas Music Festival, and the Sarasota Music Festival. Prior to her studies at Colburn, she completed the double-degree program at Oberlin College and Conservatory, where she majored in neuroscience and oboe performance, studying with Robert Walters. A native of White Plains, New York, she is also a graduate of the Juilliard Pre-College Division where she studied with Richard Dallessio. Ms. Brady is on the faculty of Greenwood Music Camp where she teaches oboe and coaches chamber music. https://reginabradyoboe.wordpress.com/
Read about composer Rodney Lister: https://rodneylister.com/content/biography
Read about composer Gilles Silvestrini: https://scholarship.miami.edu/discovery/fulldisplay/alma991031447326102976/01UOML_INST:ResearchRepository#
https://en.wikipedia.org/wiki/Gilles_Silvestrini
Posted by Jacqueline Suzuki at 10:41 PM 0 comments 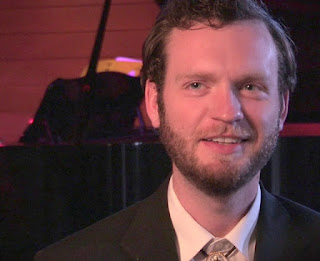 Please enjoy a program of works by Eleanor Alberga & Sorabji

(Scroll down for artist bio)