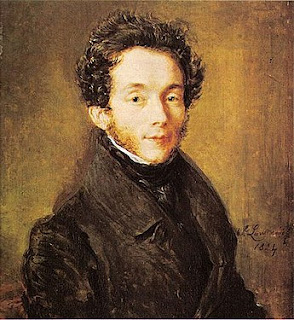 
James Sullivan explores the versatility of the clarinet and bass clarinet family in an expansive scope of styles and repertoire. Collaborations range from free improvisation with Vinnie Golia, Stravinsky’s L’Histoire du soldat with Martin Chalifour, and several years with the Brad Dutz Quartet, a jazz chamber ensemble. Based in the Los Angeles area, he honed his microtonal skills studying maqam while playing for a decade with classical Arabic ensemble Kan Zaman. His just intonation background includes premiering and recording Ben Johnston’s Parable and participating in the creation and recording of composer Andrew McIntosh’s Symmetry Etudes. Additionally, he has performed with Partch ensemble in Harry Partch’s Oedipus, where he became special friends with the Chromelodeon. Classical orchestral performance includes work with LA Phil, Pasadena Symphony, Santa Barbara Symphony, Seattle Symphony, and studio film and television recording. He has appeared as soloist on the series Jacaranda, Green Umbrella, Boston Court, and Microfest. When taking a break from music, he likes to spend the day running
in the mountains of Southern California.

A Winner of the Beverly Hills Auditions of the Consortium of Southern California Chamber Music Presenters, Adriana Zoppo performs on the violin, viola, baroque violin, baroque viola, and the rarely heard viola d’amore. She has played regularly with the Santa Barbara, Pacific, and Long Beach Symphonies, Pasadena Pops, Long Beach Opera, St. Matthew Chamber Orchestra and other ensembles in the area. Director/Curator of the Glendale Noon Concerts’early music sub-series Adriana, with Ergo Musica, is heard there frequently. Previously a member of the Carmel Bach Festival and L.A. Baroque Orchestra, she plays with the original instrument ensembles Musica Angelica Baroque Orchestra, L.A. Baroque Players, Bach Collegium San Diego and the Corona del Mar Baroque Festival, where she has appeared as viola d'amore soloist.  Adriana has played for motion pictures, TV shows, video games, solo artist recordings, Broadway musicals, and live shows of all musical styles from classical to jazz, and was part of the band for the musical Hamilton during its recent run in Los Angeles. Adriana holds a Bachelors degree from U.S.C. and Masters from the University of Michigan, both in violin performance.

JACQUELINE SUZUKI, violin, is a longtime member of the Long Beach and Santa Barbara Symphonies. A native of San Francisco, she began her earliest chamber music studies on scholarship at the San Francisco Conservatory. She has performance degrees from the Mannes College of Music (BM), where she studied with William Kroll, and the California Institute of the Arts (MFA).
As a Los Angeles freelancer, she has performed with many ensembles and in many genres, from rock, jazz, Latin and Arabic, to playing in the pit for the Bolshoi Ballet and onstage with the Three Tenors. She has recorded with diverse artists: Snoop Dogg, Neil Sedaka, Leonard Cohen, Whitney Houston, Bocelli, Lalo Schifrin, McCoy Tyner, Placido Domingo and many others, and appears on recordings by the Long Beach, Santa Barbara and Pacific Symphonies. She has spent summers at the Peter Britt, Oregon Coast, Carmel Bach and Cabrillo Festivals and has performed in a string quartet “in residence” on a raft trip down the Green River in Utah. Tours have taken her many times to Japan, Taiwan, Mexico, Canada, Europe, the Middle East and throughout the US.

Jonathan Flaksman, born in 1981 in Akron, Ohio, started playing the cello at five years of age. His first regular teacher was Madalena Burle-Marx. He studied at the Cleveland Institute of Music with Richard Aaron and the Juilliard School with Fred Sherry. In 2002 he moved to Germany and graduated in 2007 from Mannheim University in the class of his father Michael Flaksman (former professor at Cal State Northridge), completed an artist diploma in orchestral studies in 2010, and was a member of Live Music Now. He has had master classes with Bernard Greenhouse, Harvey Shapiro, Youngchang Cho, Jens Peter Maintz, Frans Helmerson, Maria Kliegel, and Ralph Kirshbaum among many others. He attended the Interlochen Arts Camp and the Aspen Music Festival in the United States, masterclasses in Portogruaro and Lucca in Italy, the Schleswig-Holstein Festival in Germany, the summer academy in Łancut, Poland, and Aurora Chamber Music Festival in Sweden.
In 2013 he was a fellow at the Richard Wagner Festival in Bayreuth. He has played in the Orchestra of the Nationaltheater Mannheim, as principal cellist of Mannheimer Philharmoniker and Pfalztheater Kaiserslautern, as continuo cellist of the La Folia Baroque Orchestra, and has toured as a member of the Philharmonie Der Nationen. His activities as soloist and chamber musician have brought him all over the United States and Europe as well as to Asia. He performs annually at the Chamber Music Festival of Ascoli Piceno in Italy.  As a teacher he has given master classes in Cividale del Friuli in Italy and at University of California Santa Barbara. He has served on the jury of various string competitions.
He currently lives in LA and plays with the Symphonies of Pasadena, New West, Modesto, and Hawaii. He is also an active recording artist covering all genres.
He is tenured since 2015 as Assistant Principal Cellist of the Santa Barbara Symphony.