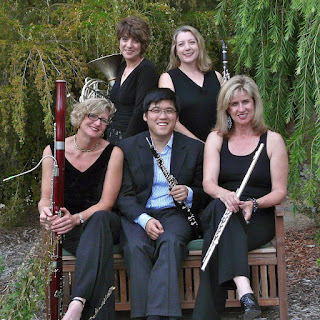 Posted by Jacqueline Suzuki at 11:49 AM 0 comments 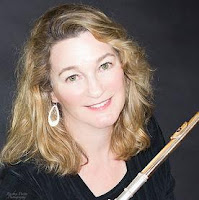 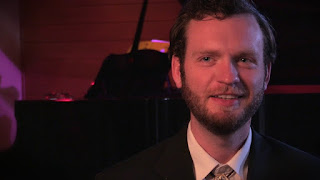 Flutist Katherine Marsh is an active professional musician and teacher. She is currently the solo piccolo player of the Santa Barbara Symphony, principal flute of the San Fernando Valley Symphony Orchestra, and has performed with the Los Angeles Philharmonic, Santa Barbara Grand Opera and Master Chorale, the Hollywood Bowl Orchestra, Pasadena Symphony, Long Beach Symphony, as well as other symphony and chamber ensembles throughout Southern California.

Originally from Bowling Green, Ohio, Ms. Marsh received a Bachelor of Music Degree from the Eastman School of Music and a Master of Music Degree from the University of Southern California. Her principal teachers include Bonita Boyd, Samuel Baron, Roger Stevens, and Louise DiTullio. She was a member of the LA Philharmonic Orchestral Training Program and was selected to perform in The Round Top Music Festival and the Orchestral Institute in Graz, Austria.  In addition Ms. Marsh has performed in master classes with James Galway, Jean Pierre Rampal, Sarah Jackson and Catherine Karoly.

This past November Katherine premiered James Domine’s Flute Concerto with the San Fernando Valley Symphony. Her piccolo and flute playing can be heard in many Star Wars Video games performing with the Skywalker Orchestra. In addition to orchestral work, Kathy is a member of the California Music Teacher's Association and is a coach for Junior Chamber Music. She recently served as a board member for the Arts High Foundation.
https://www.kathymarshflute.net/bio