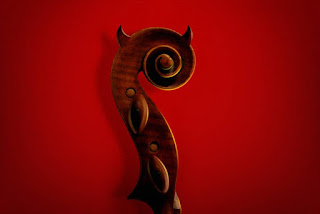 
James Sullivan explores the versatility of the clarinet and bass clarinet family in an expansive scope of styles and repertoire. Collaborations range from free improvisation with Vinnie Golia, Stravinsky’s L’Histoire du soldat with Martin Chalifour, and several years with the Brad Dutz Quartet, a jazz chamber ensemble. Based in the Los Angeles area, he honed his microtonal skills studying maqam while playing for a decade with classical Arabic ensemble Kan Zaman. His just intonation background includes premiering and recording Ben Johnston’s Parable and participating in the creation and recording of composer Andrew McIntosh’s Symmetry Etudes. Additionally, he has performed with Partch ensemble in Harry Partch’s Oedipus, where he became special friends with the Chromelodeon. Classical orchestral performance includes work with LA Phil, Pasadena Symphony, Santa Barbara Symphony, Seattle Symphony, and studio film and television recording. He has appeared as soloist on the series Jacaranda, Green Umbrella, Boston Court, and Microfest. When taking a break from music, he likes to spend the day running in the mountains of Southern California.

White was born and raised in Tennessee before attending Eastman to study with Thomas Schumacher, and then, the University of Southern California, with Kevin Fitz-Gerald, where he was awarded Outstanding Master’s Graduate of the Thornton School of Music. As a devoted performer of new music, he has worked with notable composers and conductors including Thomas Adès, Donald Crockett, Alan Pierson, Steven Stucky, and Jeffrey Milarsky.


Jacqueline Suzuki, violin, is a longtime member of the Long Beach and Santa Barbara Symphonies.
A native of San Francisco, she began her earliest chamber music studies on scholarship at the San Francisco Conservatory. She has performance degrees from the Mannes College of Music (BM), where she studied with William Kroll, and the California Institute of the Arts (MFA).
As a Los Angeles freelancer, she has performed with many ensembles and in many genres, from rock, jazz, Latin, and Arabic, to playing in the pit for the Bolshoi Ballet and onstage with the Three Tenors. She has recorded with diverse artists: Snoop Dogg, Neil Sedaka, Leonard Cohen, Whitney Houston, Bocelli, Lalo Schifrin, McCoy Tyner, Placido Domingo, and many others, and appears on recordings by the Long Beach, Santa Barbara, and Pacific Symphonies. She has spent summers at the Peter Britt, Oregon Coast, Carmel Bach, and Cabrillo Festivals and has performed in a string quartet “in residence” on a raft trip down the Green River in Utah. Tours have taken her many times to Japan, Taiwan, Mexico, Canada, Europe, the Middle East, and throughout the US.