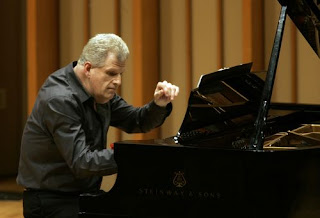 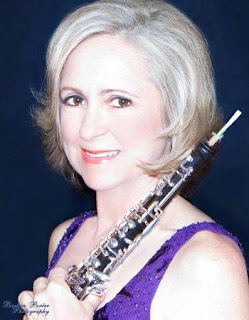 CATHERINE DEL RUSSO received her Bachelor of Music Degree and Performance Certificate at the Eastman School of Music where she studied with Robert Sprenkle. She received her Masters of Music Degree from Ohio University where she studied with John Mack in Cleveland. Since then, Ms. Del Russo has performed around the world, beginning with the Eastman Wind Ensemble to the Far East as Principal Oboe. After that, she performed with the Buffalo Philharmonic, Filharmonic de Caracas and Orquesta Municipal in Caracas, Venezuela. Ms. Del Russo has played with many orchestras since moving to Los Angeles, for example, the Santa Barbara Symphony, Santa Barbara Chamber Orchestra, Long Beach Symphony, the Los Angeles Mozart Orchestra, the Honolulu Symphony. Currently, she is Principal Oboe of Orchestra Santa Monica, Downey Symphony, Symphony in the Glen, Solo English horn of the Hollywood Bowl Orchestra and the Asia America Symphony. Catherine has enjoyed playing on many films, commercials and television shows. She has been a promoter of chamber music and new music in Los Angeles. Her oboe, viola and piano trio won the Consortium of Southern California Chamber Music Presenter’s. Catherine is Professor of Oboe at Westmont College and Occidental College.

MARK ROBSON has been hailed by the Los Angeles Times as a pianist with “one of the great techniques,” “an inquiring mind” and a performer capable of evoking an “exquisite engulfing pastel haze,” and he continues to impress with his multi-faceted career as a soloist, chamber musician, and teacher. Mr. Robson is equally comfortable in styles ranging from early music played on the harpsichord and organ to the great Romantic repertoire and beyond to contemporary piano works demanding theatrical participation from the performer. As a collaborative artist with singers and instrumentalists, he commands the respect of his peers in both the recital and chamber settings. He presents an annual recital for the LA series Piano Spheres and has performed for Jacaranda on numerous occasions. As an organist, he has also appeared as a soloist in the Minimalist Jukebox at Disney Hall and has performed on the organ in Mahler’s 8th Symphony at the Hollywood Bowl in their 2008 season.
After completing conservatory and university training, Mr. Robson amplified his musical studies with extensive study in Paris-where he was a pupil of Yvonne Loriod, widow of composer Olivier Messiaen-and through his work as an assistant conductor and assistant chorus master for the Los Angeles Opera. During this time he worked with renowned international singers and conductors, gaining great insight into the lyric art. He has also been a musical assistant at the Salzburg and Spoleto (Italy) festivals. As a composer, Robson has been programmed on concerts in Los Angeles, New York, Chicago, Barcelona and Paris. The Brentwood-Westwood Symphony Orchestra has premiered two of his orchestral works, Apollo Rising and Christmas Suite. Soprano Patricia Prunty has recorded his song cycle A Child of Air and the same piece was presented by Sari Gruber at the winter Ravinia Festival. The recipient of several scholarships and awards (including the Certificate of Excellence from the Corvina Cultural Circle for artistic contributions to Hungary), Mark Robson has received degrees from the University of Southern California and Oberlin College. He has worked as a vocal coach for the faculties of USC, Chapman University, the California Institute of the Arts and Cal State Fullerton. Among his formidable musical projects has been the performance in eight concerts of the complete piano sonatas of Beethoven and numerous performances of Messiaen’s massive cycle, Vingt Regards sur l’Enfant-Jésus.