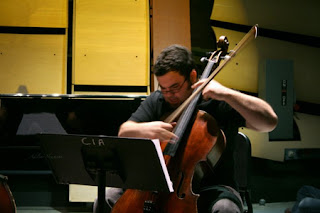 Scroll down for artist bio.

ARTIST BIO:
Described by the Los Angeles Times as “compellingly, vehemently virtuosic,” Derek Stein is a cellist whose active performance schedule knows virtually no bounds and is met with the same committed abandon he brings to his playing. Whether in the intimate intensity of a contemporary music concert, the rhythm section of an indie rock show, or in the cello section of an orchestra, his energetic and distinctive performing style can be heard in virtually any musical context and venue across Los Angeles and Southern California.
He can be heard on the GRAMMY-winning Bridge Records release Harry Partch: Plectra and Percussion Dances performing on the composer's unique invention, the Adapted Viola. His recorded playing can also be heard on a number of releases from Bedroom Community, Cold Blue, Populist, New World, Bôłt, and The Industry record labels.
Derek is a founding member of the new music ensembles gnarwhallaby and Trio Terroir, as well as the easily recognizable cellist with the critically acclaimed wild Up Modern Music Collective. As a contemporary classical musician, he has premiered hundreds of new works collaborating with some of the finest composers of our time. His flair for rock and pop styles can be heard in his work as both cellist and arranger with the Vitamin String Quartet. Derek has earned degrees in music performance from Arizona State University (BM) and the California Institute of the Arts (MFA).
Posted by Jacqueline Suzuki at 1:42 AM 0 comments 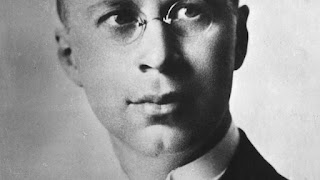